A House for the Elves

We’ve been busy getting ready to celebrate the 128th Islendingadagurinn and the opening of Viking Park, on Saturday, August 5, from noon to 2:00 PM, and realized that we almost forgot to accommodate one of the park’s most important visitors.

In Icelandic culture, elves, sometimes referred to as huldufólk/hidden people, (although there is much debate about whether “elves” and “huldufólk” represent two entirely different creatures) are highly respected entities. According to elf advocate, Ragnhildur Jónsdóttir, "elves resemble humans but can range wildly in size, from a few centimeters to three meters in height. But Icelanders typically come into contact with the smaller ones: one “around one foot tall” and “the other... is perhaps similar to a 7-year-old child.”

Jacqueline Simpson, a professor at the University of Chichester’s Sussex Centre for Folklore, Fairy Tales, and Fantasy in England said, “treat them with respect, do not upset their dwelling places, or try to steal their cattle, and they’ll be perfectly ... quite neutral, quite harmless.”

It’s not hard to believe, in a landscape as mystical and otherworldly as Iceland’s that such creatures exist. And it’s very reasonable to assume that where there are Icelandic communities, there are elves, and we recognize the need to accommodate our elf friends accordingly in the newly created Viking Park.

In Iceland whole construction projects, rumored to be on elf territory, have come to a halt after mysterious happenings and problems. Many Icelanders welcome their elf friends to small houses and churches that they build and place around the countryside, so we have decided to follow suit. Here are the first few pictures of our elf houses in progress! 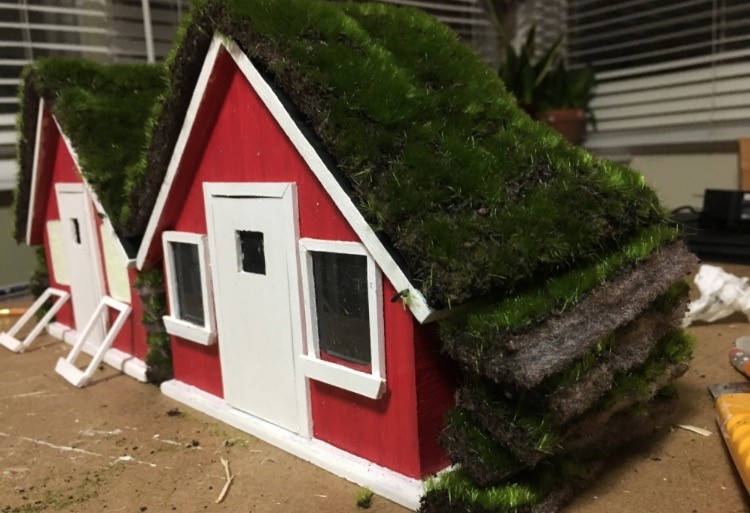 Source, Wikipedia, The Atlantic – “Why So Many Icelanders Still Believe in Elves”